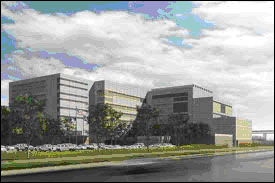 The Richmond City Jail, which was originally built in the early 1960’s was replaced with a new 1,032 bed facility. This new facility is being called a “one-stop jail” due to the inclusion of an annex and magistrates offices, that are similar to the Henrico County Jail.

This key project is expected to contribute to the economic development of the City of Richmond.

T.K. Davis Construction, Inc. built the structural and architectural precast, as well as took on the responsibility of installing 708 cell modules. The new Richmond City Justice Center is a 450,000 square foot building.